Three lectures on the earliest period of English Church History, before Augustine of Canterbury’s mission. Rev. G.F. Browne, formerly Professor of Archaeology at the University of Cambridge. My thanks to Book Aid for making this public domain title available for digitisation and to Hel-Hama for the superb SVG image (above). George Forrest Browne [1833-1930], The… 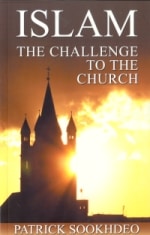 Those interested in Augustine of Canterbury’s mission to England will find this series of lectures helpful. My thanks to Book Aid for making this public domain title available for digitisation. George Forrest Browne [1833-1930], Augustine and His Companions. Four Lectures Delivered at St. Paul’s in January, 1895. London: SPCK, 1895. Hbk. pp.201. [Click here to…