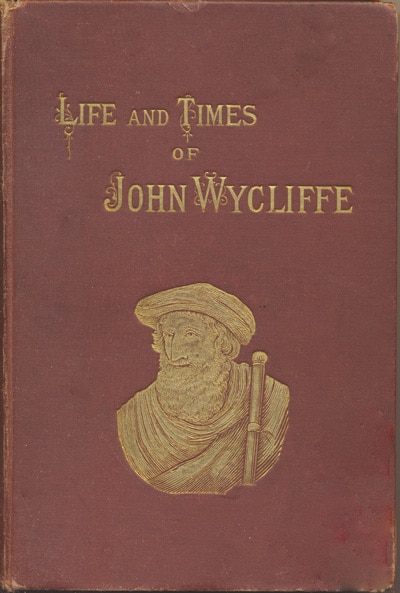 This is a short anonymous biography of John Wycliffe which has five nice pen and ink illustrations. My thanks to Book Aid for making this public domain title available for digitisation.

Year by year it is better understood that John of Wycliffe was not only one of the greatest men in English history, but the true precursor of the English Reformation. The truths to which he was the intrepid witness never wholly passed from the minds of our countrymen; and amid the bitter persecutions which seemed to crush Lollardry out of existence there remained an amount of secret but imperishable conviction which prepared the way for the great events of the sixteenth century.

The materials for a biography of Wycliffe are but scanty. His writings are in no sense autobiographical. For many important particulars respecting his life and work we are indebted mainly to his enemies. John Foxe, however, the martyrologist, has preserved some important particulars, and the later biographers of Wycliffe, the Rev. John Lewis (r7I9), with Drs. Vaughan and Lechler in our own times…