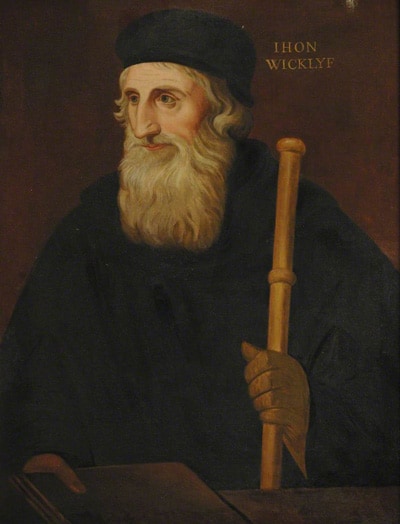 This is a collection of sketches from Medieval Church history and includes studies on Gottschalk, John Scotus, Peter Abelard, Thomas Aquinas and John Wycliffe. My thanks to Book Aid for making a copy of this book available for digitisation.

To republish a book after a lapse of thirty-six years can only be excused by the fact that it has long been out of print and that it is still asked for. When a new edition was proposed to me, my first intention was to issue the book as it stood, with no more change than the correction of obvious mistakes. But further consideration showed me that a good deal more than this was necessary if it was to be republished at all. Such revision, however, as I have made has been designedly made with a sparing hand, and the book remains in substance and in most details a work not of 1920 but of 1884. Had I written it now, the point of view would not have been quite the same. A large literature on the subjects I dealt with has appeared in the interval, and a fresh examination of the materials would certainly have recommended a different selection of ‘illustrations’ from that which I made then… 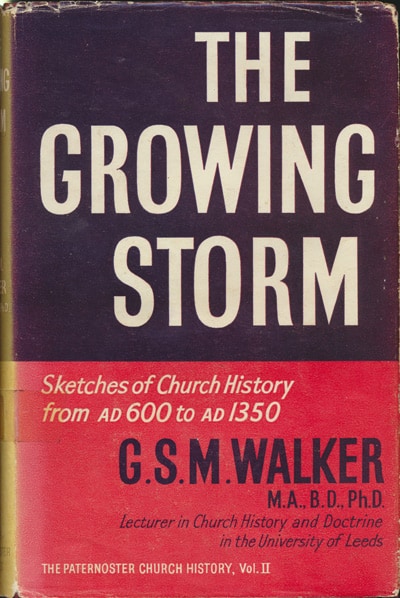 Guest Post by the Faculty of The Scholasticum Institute 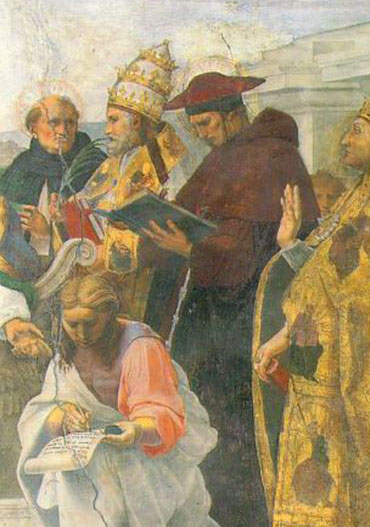 We, the associated faculty of The Scholasticum Institute, in the birthplace of St. Bonaventure (Bagnoregio, Italy), hereby announce the establishment of a new institute of medieval studies dedicated to reviving the study of Scholastic Theology and Philosophy. The institute will have as its goal the formation of a new generation of theologians and philosophers who have been trained and equipped according to the sources and method of study employed by Sts. Thomas Aquinas and St. Bonaventure.
The institute will offer courses to students physically present at its headquarters in Rome and by video-conferencing to those throughout the world.  Applications are now open and can be accessed at our Registrar’s office in Rome, or on our website!
We offer a 1- or 2-year course of study with the option of four cycles: Baccalaureus Philosophicus, Baccalaureus Biblicus, Baccalaureus Sententiarius, and Magister Sacrae Doctrinae.
Please see our informational flyer and Annuario Academico for more information.

OLD STORIES AND THE HEART BEAT WITHIN

Early Christianity In Its Song And Verse 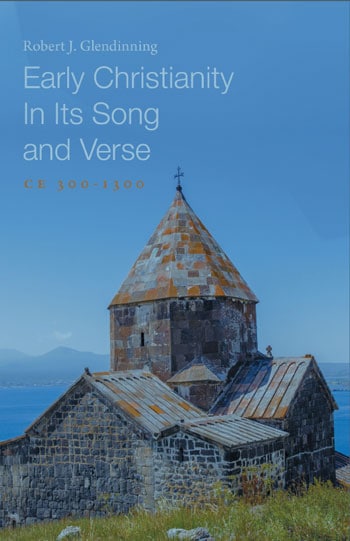 Like so many periods of human history, the period examined and illustrated in author Robert J. Glendinning’s new book Early Christianity In Its Song and Verse is rife with conflict: marching Roman legions, the fall of empires, invasions, religious conversions, persecutions, and the clash of reason and faith. Defying conventional wisdom, this work of creative non-fiction uses poetry—the lyrics of ancient Latin hymns—translated into English verse, to tell a story.

In Early Christianity In Its Song and Verse, published through FriesenPress, two levels of story-telling create a picture of the world of early Christianity. The tumultuous and dramatic external history of this 1000-year era from CE 300-1300 is outlined in the introductions, notes, and commentary. The interior mind of the era, its spiritual experience, is revealed from the inside in the hymn lyrics composed by those who lived at the time and participated in its struggles. Early Christianity In Its Song and Verse is decidedly user friendly, offering the reader a variety of ways of reading and using the work. Those with little or no previous knowledge of the subject will find in the notes and commentaries information that ranges from very basic to an advanced level.

Critical assessment: “ . . . provides a blend of scholarship and creative translation focusing on Christianity’s formative years. . . . valuable and satisfying . . . . as remarkable as Glendinning’s work as a translator is, the academic writing is even more impressive . , , . he rolls out all this worthy material without the unnecessarily complicated jargon that mars many similar scholarly —Kirkus Reviews

To learn more about book and author visit www.earlychristianverse.com